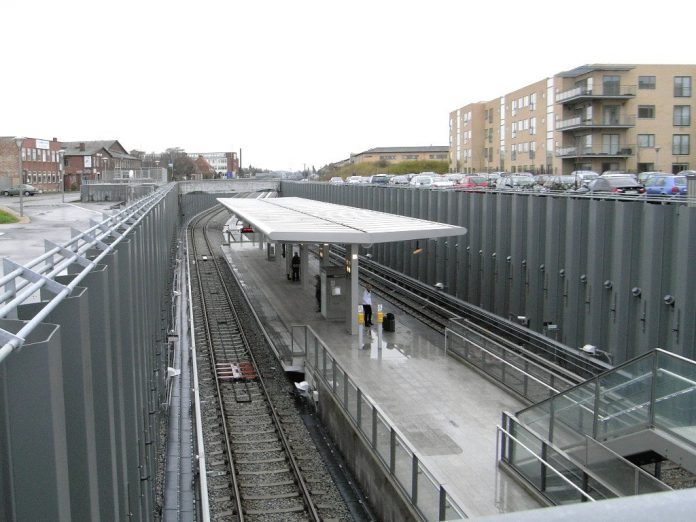 City chiefs in Copenhagen and Malmö are looking at spending up to €4 billion on what is thought to be the world’s first international metro.

Copenhagen and Malmo are investigating the construction of a 22-kilometre tunnel under the Oresund River to link the two metropolises. A new study shows that an Öresund subway between Copenhagen and Malmö reversed the population doubling from 1.3 to 2.3 million people traveling to the other side of Öresund for a maximum of one hour.

Denmark and Sweden Want to Build the ‘First International Metro in the World’
This month a new working group — called the Oresundsmetro Executive and featuring representatives from the two cities, industry and researchers — was established to firm up the proposals. With a new fixed link under the Fehmarnbelt between Denmark and Germany, a new Northern European region is also being built, including Hamburg, Copenhagen and Malmö.

On the stretch between Copenhagen and Malmö the group plans to use high-speed (maximum speed of 120 km/h) driverless trains to transport passengers underground between the cities in 20 minutes, and there would be five stations. The proposed metro line would run in a 22·1 km tunnel under the Øresund strait separating Denmark and Sweden. It would have a design capacity of 36 trains/h per direction, with headways of 2 min in the peaks and 5 min off-peak.

The Fehmarn Belt Fixed Link is an 18-kilometre road and rail tunnel that is set to open in 2028 and link southern Denmark with northern Germany. At the Fehmarnbelt Day Conference in Malmö recently, Malmö Municipality Chair Katrin Stjernfeldt Jammeh and Copenhagen Governor Frank Jensen unveiled the new Öresundsmetro Executive Partnership.

The international metro could open in 2035
That is expected to have the knock-on effect of increasing freight, regional and high-speed trains using the existing Oresund Bridge between Copenhagen and Malmo. Proponents of the metro scheme say it would ease this bottleneck. Oresund metrology would create growth on both sides of Öresund and strengthen the region’s international competitiveness.

The Copenhagen-Malmö construction could begin in 2028 for opening in 2035.

Denmark and Sweden Want to Build the ‘First International Metro in the World’, written by Tor Kjolberg