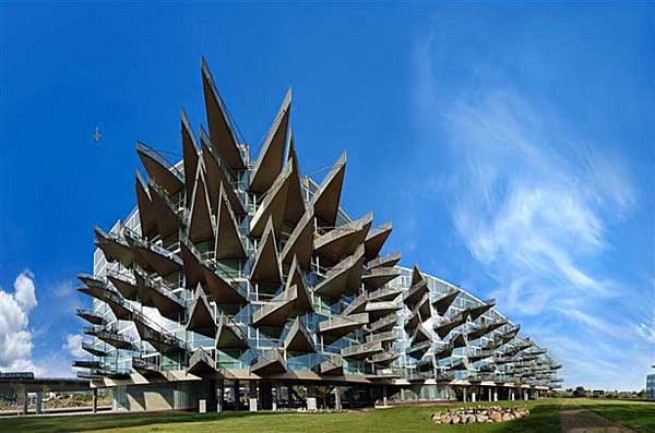 Both building forms and room layouts can be either severe and calm or highly dynamic, as for instance in Vilhelm Lauritzen’s Terminal 3 in Copenhagen Airport, Kastrup, from 1998.

The most immediately obvious common feature is the often sophisticated use of Modernist materials: steel and glass, but also wood, natural stone and brick are common facade materials.

Neo-Modernism seems to follow several trends. One is the minimalist treatment of building volumes and surfaces, as in KHR’s building for Kommunedata in Ballerup from 2002, NNE’s Novo Seven

Manufacturing Facility in Hillerød from 2002 and Dissing+Weitling’s Struers headquarters in Ballerup from 2004. Another trend involves conceptual simplification of form as in C.F. Møller’s second phase of the Darwin Centre in London from 2009. In addition, the Darwin Centre demonstrates a strongly poetic interpretation, like for instance Tårnby Courthouse (picture below) from 2000 by Dorte Mandrup and Niels Fuglsang. Finally, many buildings, especially blocks of flats, are clearly in-spired by 1930s Functionalism.

The most recent and largest prestige building projects in the capital, the Opera House from 2004 by Henning Larsen and the Playhouse from 2008 by Boye Lundgaard and Lene Tranberg, are also in their different ways based on the Modernist tradition, which is so strong in Denmark. A related treatment of form is seen on a smaller scale, for instance in the main entrance to the Zoo from 1998 by the firm of architects Entasis.

The Modernist approach to building projects is often supplemented with new features, including increased use of coloured elements, as in C.F. Møller Architects’ residential development Nordlyset at Amerika Plads in Copenhagen from 2006, and a shutter motif which adds movement to severely drawn facades, as in the FIH headquarters at the Langelinie quay in Copenhagen, built by 3xNielsen in 2001.

A new trend, the so-called Pragmatism, has emerged in recent years. This takes an extremely unconventional approach to the projects and reinterprets the assumptions of architecture in a provocative way. With projects such as the VM houses in Ørestaden from 2005, Plot has become the advocate of a new approach to architecture. 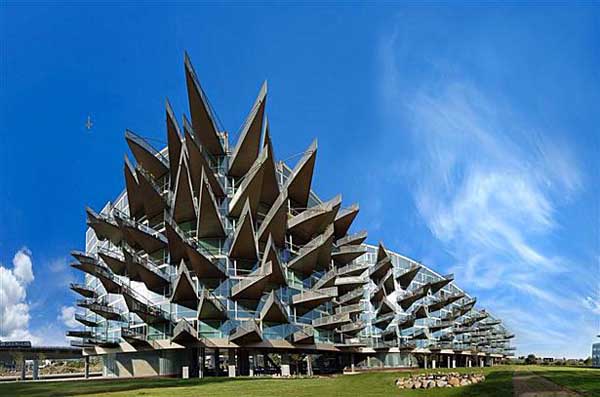 High-rise development is a new phenomenon, which has been received hesitantly in Denmark. However, high-rise buildings are currently planned in several cities across the country, while Copenhagen is starting cautiously in peripheral areas with the 21-storey Ferring International Centre in Ørestaden, built by Henning Larsen in 2001, and the 16-storey Copper Tower in Copenhagen’s North Harbour, built by Arkitema in 2004.

A characteristic feature around 2000 was Danish architects’ increasingly strong position in major projects. Dissing+Weitling started this trend as architects of the East Bridge of the Great Belt Link in 1998, while KHR is responsible for the most recent project so far, the Copenhagen Metro development in 2002. 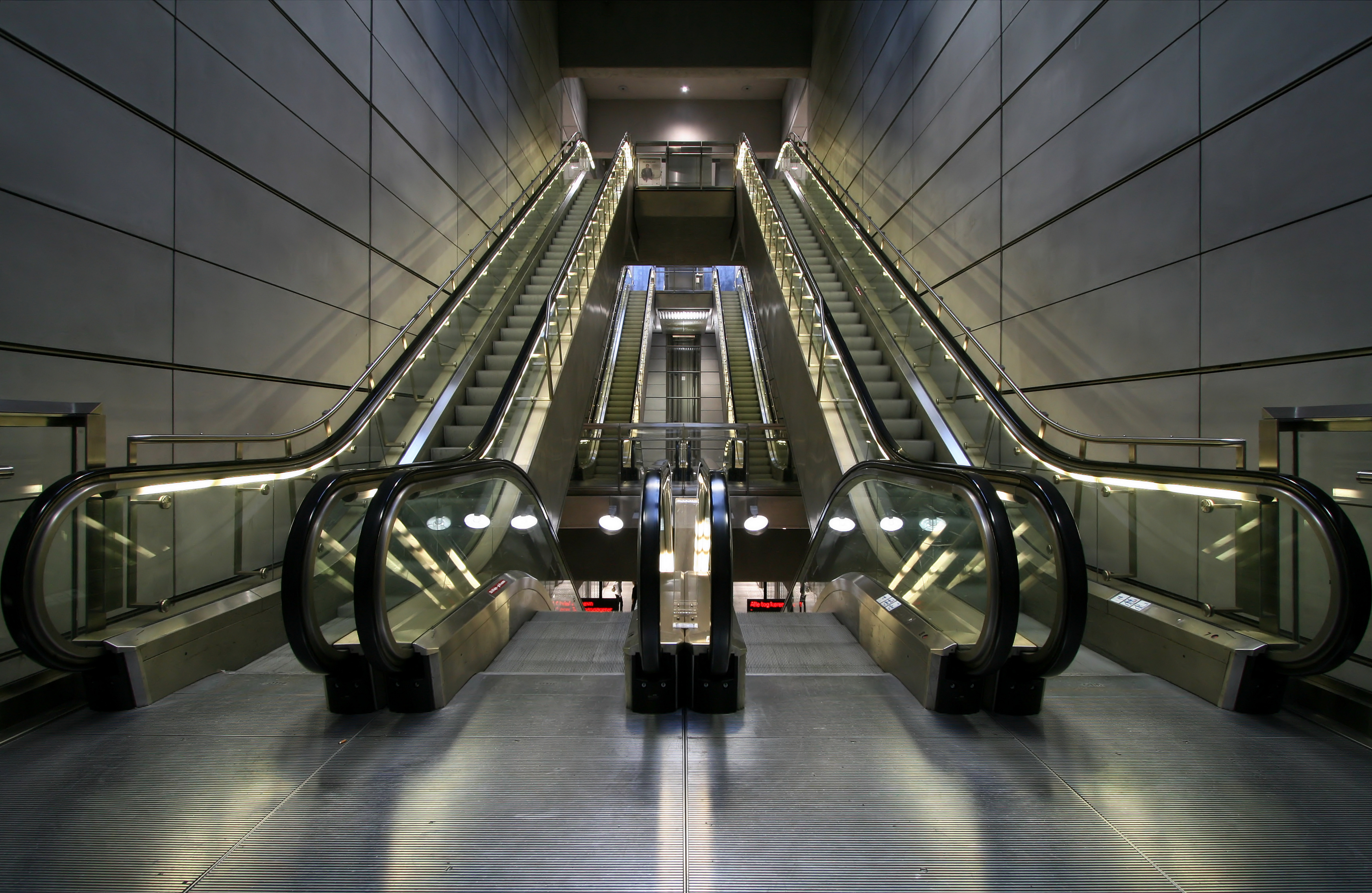 The Viking Age and Middle Ages

The earliest traces of Danish architecture have been found through excavations of the Viking Age military encampments of Trelleborg, Aggersborg and Fyrkat from around 1000 AD. Within large circular earthen ramparts, these fortresses were laid out on the basis of a cruciform, symmetrical grid of streets, whose main axes divided the complexes into smaller units.

The conversion of Denmark to Christianity around 960 introduced a new building culture: church building. The first churches were built of wood, but quite soon these were superseded by Romanesque stone churches. In the early 12th century, ambitious cathedral building projects were started in Lund, Viborg and Ribe. The village churches usually had a single aisle and choir, like Hover Church, and sometimes an apse. Regional characteristics might appear, such as the round churches on Bornholm. 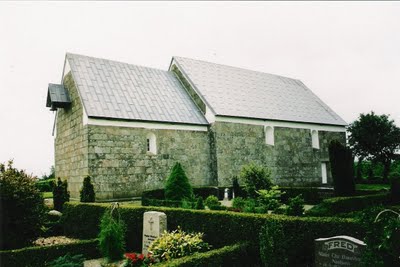 Roskilde Cathedral (picture below) was started in the 1170s as one of Denmark’s first brick buildings. It is an early Danish example of the Gothic style, while St Knud’s Church in Odense, completed at the end of the 15th century, represents the High Gothic style. In rural parishes, the Gothic style mainly manifested itself in alterations and extensions of the Romanesque churches, such as the characteristic stepped gables.

During the Renaissance, Danish architecture was dominated by the building of manor houses such as the 16th century Hesselagergaard and Egeskov, both on Funen. Among the Royal buildings of the period, Kronborg Castle was completed by Antonius van Opbergen in 1585 as a four-winged complex, while Frederiksborg Castle from 1602-1620 by the Flemish Hans van Steenwinckel the Elder was

three-winged with a fourth, lower, terrace wing. In both castles, the architectural look itself, the decorative finish, was in the preferred Dutch Renaissance style with lavish sandstone ornamentation on a red brick background.

The Baroque style influenced Danish architecture from modest town houses to Royal building projects, from city palaces such as Charlottenborg on Kongens Nytorv in Copenhagen (started 1672) to country houses such as Ledreborg by Lauritz de Thurah from the 1740s.

The main Danish Baroque buildings include the Church of Our Saviour (Vor Frelsers Kirke) in Copenhagen from 1682-1696 by Lambert van Haven, Fredensborg Palace from 1722 by Johan Cornelius Krieger and the later Christiansborg Palace, started in 1730 by the German architect

Elias David Häusser. It was, however, mainly the leading architects of the next generation, Lauritz de Thurah and Nicolai Eigtved, who made their mark on the interiors of the palace.
Nicolai Eigtved became the main advocate of the Rococo style in Denmark. His principal achievement was the laying-out of the Frederiksstad in Copenhagen in 1749. This quarter was organized around

the octagonal square surrounded by the four Amalienborg palaces. For the townhouses, he produced type designs in his characteristic, discreet pilaster strip and recessed style with delicate relief effects.
Classicism and Historicism

After Eigtved’s death in 1754, another architect had to continue the work on the main monument of the Frederiksstad, the Cathedral from 1778 and the colonnade by Amalienborg in 1794. In 1779-1780, he built the town house 3-5 Kongens Nytorv, which became the new model for Copenhagen town houses at the time. After his death, the chief proponent of Classicism was Christian Frederik Hansen.

The ideal developed towards a considerably more severe classical style dominated by clean, simple forms and large, unbroken surfaces. From 1800, Christian Frederik Hansen was in charge of all major building projects in Copenhagen, including the City Hall and Courthouse on Nytorv from 1816, the Church of Our Lady (Vor Frue Kirke) in 1826 and the new Christiansborg Palace from 1829.

In the 1830s, the Antique ideal was beginning to give way to Late Classicism’s more free interpretation of historical styles. Buildings were now designed with both plastered and brick masonry walls, for instance Gustav Friedrich Hetsch’s yellow brick synagogue in Krystalgade from 1833 and Michael Gottlieb Bindesbøll’s Thorvaldsen’s Museum with its polychrome plaster facades from 1848, both in Copenhagen.

The second half of the 19th century was the age of Historicism. Two main trends can be distinguished. The national trend attached importance to high standards of craftsmanship as well as truth and honesty to materials, as demonstrated in Johan Daniel Herholdt’s pioneering University

Library in Fiolstræde in Copenhagen from 1861. This trend later developed into National Romanticism, which found its main expression in Copenhagen City Hall from 1905, built by Martin Nyrop.

The second trend was more international and worked with a broader spectrum of historical inspiration. Ferdinand Meldahl was its leading representative and, incidentally, the architect who finally completed the Frederik Church in 1894 after almost 250 years.
First half of the 20th century

A change occurred in the first decades of the 20th century, when the decorative and historical motifs seen, for instance, in the Neo-Baroque and even the Art Nouveau style, gradually gave way to a new functionality, which around 1920 merged into a Classicist trend. Earlier in the century, the Council for Design Assistance had been established by the Society of Academic Architects in 1907 and the Better Architectural Design Association in 1915. Their aim was to provide guidance to the population, so that good and healthy family houses, in keeping with the Danish architectural tradition, would be built all over the country.

20th century Neo-Classicism was inaugurated by Carl Petersen’s Fåborg Museum from 1913. The trend put ideals such as symmetry, regularity and rhythmical repetition on the agenda. Neo-Classicism influenced, for instance, the building of flats in Copenhagen, such as Kay Fisker’s block of flats Hornbækhus in Copenhagen from 1923. A special monument of the time is Hack Kampmann’s Copenhagen Police Headquarters (picture below) from 1924, powerful, simple and inward-looking on the outside and monumental in its open courtyard inside. 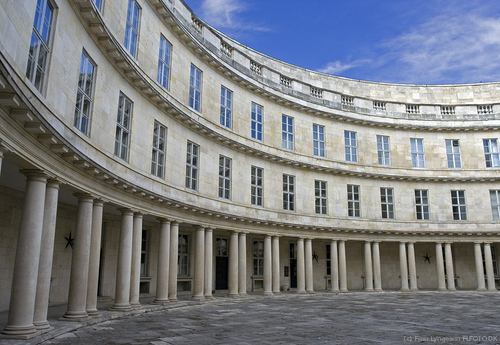 The transition from Neo-Classicism to Functionalism happened around 1930. The ideal was rational and functional architecture, preferably with a social objective. The new materials, concrete, iron and glass, were to be combined in constructively honest building volumes. Major examples of international Functionalism in Denmark include Frits Schlegel’s single-family house at 17 Bernstorffsvej from 1931, Mogens Lassen’s single-family houses at 5-11 Sølystvej (picture below) from 1936 and 1938 and Arne Jacobsen’s Bellavista block of flats from 1934, all north of Copenhagen.

This co-existed with a more traditional trend which, although influenced by the ideals of the time, primarily used native materials and a more traditional idiom, as in Aarhus University initiated in 1932 by Kay Fisker, Christian Frederik Møller and Povl Stegmann or the balcony and bay window block of flats Vestersøhus in Copenhagen (picture below) from 1939, also built by Fisker and Møller. The architecture of the 1940s showed signs of the difficult conditions during World War II. The buildings tended to be smaller and used native materials such as brick and wood, for instance Viggo Møller-Jensen’s Atelierhuse (studio houses) at Utterslev from 1943.

Second half of the 20th century

After the war, there was particular interest in American Modernism. 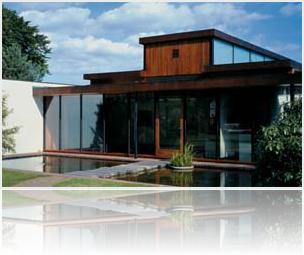 Typically, the houses were designed with irregular ground plans, flat roofs, open plan room sequences and large glass facades, as in Jørn Utzon’s single-family house at Hellebæk from 1952 or Jørgen Bo and Vilhelm Wohlert’s Louisiana (picture above). In the post-war period, Arne Jacobsen was the country’s leading Modernist of international standing. In Rødovre Town Hall from 1955 and the SAS Hotel in Copenhagen from 1960 (picture below), he created cool, classical Modernism with simple, severe forms and curtain-wall facades. Friis and Moltke introduced a completely different architectonic approach, the Brutalist-inspired so-called casemate architecture with mrobust concrete forms, for instance Odder Town Hall from 1971. 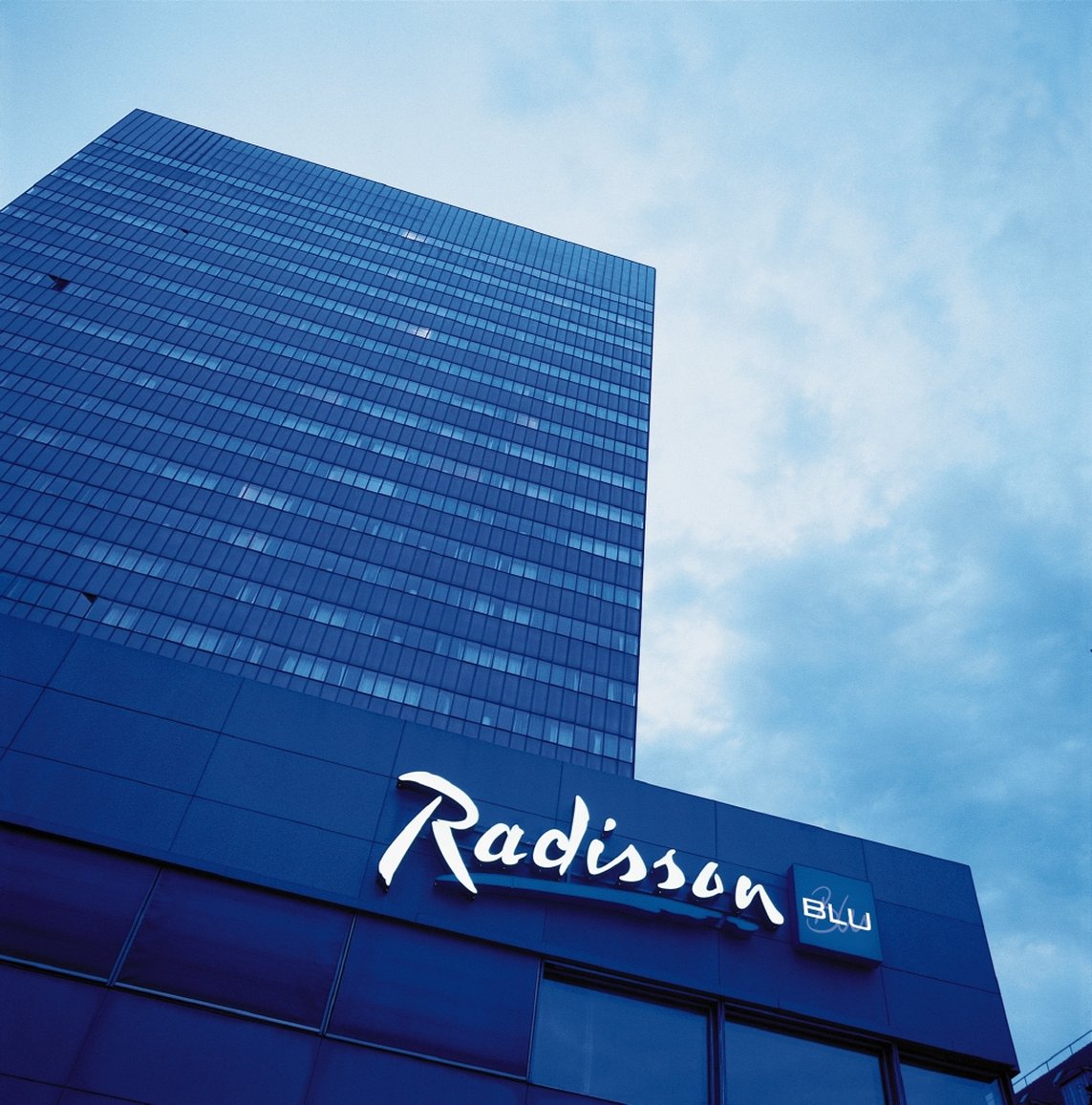 In the early 1960s, the State began to invest in industralising construction through pre-cast and prefabricated building elements, as in Høje Gladsaxe, built in 1964 by Povl Ernst Hoff and Bennet Windinge. The very tall high-rise blocks quite soon encountered criticism and a low-rise alternative arose with Fællestegnestuen’s estate in Albertslund Syd from 1963-1966.

The decisive break with Modernism  within housing came with the low, dense estate Tinggården in Herfølge from 1978 (picture below) by the firm of architects Vandkunsten. Tinggården was the first realisation of the concept of a new, alternative housing environment in the form of small, intimate residential enclaves in touch with nature. The idiom was varied and informal. Tinggården set the tone for residential architecture in the following decades.

Tinggården’s idiom anticipated Post-Modernism in Denmark. The main advocates of this trend are the firm of architects 3xNielsen with projects such as Villa Atzen in Horsens from 1986.

Apart from Post-Modernism, Danish architecture around 1970-1990 was characterised by several other architectural trends. Late Modernism’s refinement of the Modernist forms is chiefly seen in

Danish architects’ work abroad, but the trend is also well-represented in Denmark, from Henning Larsen’s Gentofte Central Library from 1985 (picture below) inspired by the 1930s to Dall & Lindhardtsen’s Brutalist-inspired Holstebro Town Hall from 1986.

Neo-Rationalism came to the fore with Høje Tåstrup’s more traditional urbanity, where Jacob Blegvad Architects and Claus Bonderup in their competition proposal from 1978 emphasized enclosed street spaces and the creation of squares. The Classical element was continued in many buildings, both in Post-Modernist and Neo-Rationalist versions, including Henning Larsen’s Business School in Frederiksberg from 1989.

Deconstructivism has had a few advocates in Denmark, but very few buildings, notably the Museum of Modern Art, Arken (picture below), in Ishøj by Søren Robert Lund from 1996 and Holstebro Courthouse by 3xNielsen from 1992.

At the same time, a significant part of Danish architecture is characterized by its regional roots, especially within housing, where the 1970s dense-low concept has been developed into contemporary design.

Arkitema led this development with for instance Håndværkerparken III in Århus from 1986.

9 Richest Scandinavians and Their Businesses

Best Nordic Album of the Year