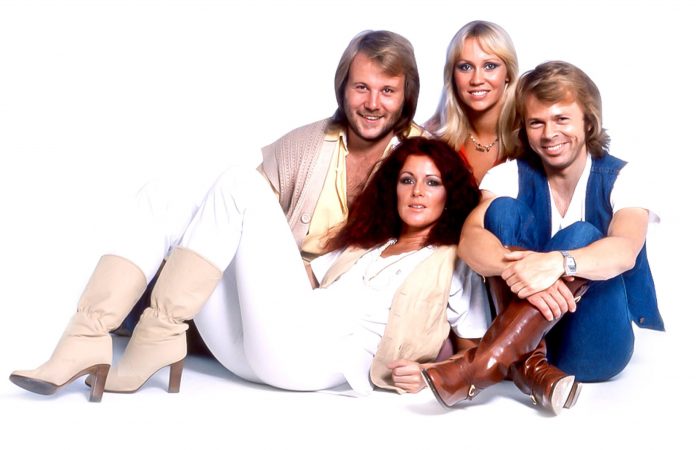 Swedish superstars ABBA broke up 37 years ago but now Bjørn Ulvaeus reveals that new songs from the four member group may be expected in September or October.

In April last year, the group announced that the superstar pop quartet intended to record new material for the first time since their split in 1983, as they prepared a tour in which their music will be performed by virtual reality avatars. “It was like time had stood still and we had only been away on a short holiday,” they said in a statement. “An extremely joyful experience!”

Related: Iconic ABBA Piano to be Auctioned at Sotheby’s

It was originally hoped that the songs would have emerged by Christmas 2018 but they have yet to materialize. A representative for the group says there will be ‘no release before the summer of 2019’ of their first new music in 35 years.

New Release From Swedish Group ABBA Expected Later This Year
One of the two new songs is entitled “I Still Have Faith in You.” “It is a timeless and reflective song, that is all I will say. It is Nordic sad, but happy at the same time. The other is called ‘Don’t Shut Me Down’ and is a pop tune, very danceable,” Ulvaeus said.

Related: Thank You For The Music, ABBA

To Denmark‘s tabloid Ekstra Bladet Ulvaeus told that “it takes an extremely long time” to make the video with the avatars of the group members, adding “it has been delayed for too long. But for us to perform on stage that’s just not going to happen. That’s a definite.”

High demand for ABBA music
ABBA shot to fame by winning the 1974 Eurovision Song Contest with “Waterloo,” and had big hits in the 1970s including “Dancing Queen” before splitting up in 1982.

Demand for the avatar tour is likely to be high because Abba’s music continues to be hugely popular. The sequel to their jukebox musical film Mamma Mia! grossed $394m worldwide, $84m of that coming from the UK, where it was the second-highest-grossing film of 2018 after Avengers: Infinity War.