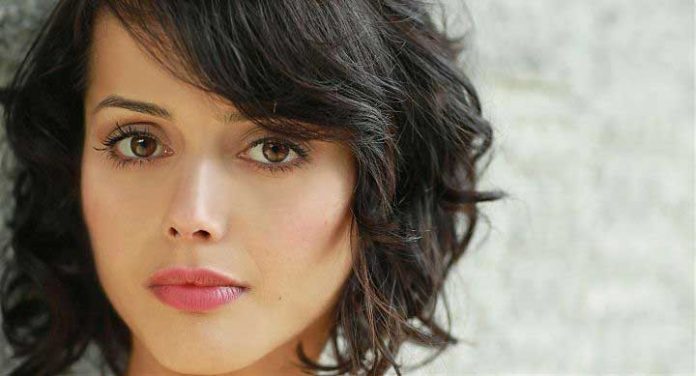 Amrita was born in 1990 to Nepalese Dr. Acharya and a Ukrainian mother, and moved to England with her parents when she was six years old and they later relocated to Norway. Thanks to her international upbringing, she speaks Nepali, Ukrainian, Russian, English, and Norwegian.

Promotion visit to Johannesburg
The brunette beauty has recently been working in Johannesburg to promote the second season of the show, in which she acts as Dr. Ruby Walker. “As an actor, it’s about making sure that you give your editors and directors options or take the direction you are given, and that you don’t just stick to one way of doing things during takes. Similarly you need to find a way to replicate takes and be able to find that moment again. This is where your personal process needs to be something that you can hold on to,” she said when visiting acting students in Johannesburg.

The feel-good series is based on creator and writer Dan Sefton’s experiences as a doctor in South Africa.

Norwegian actress in medical drama
However, the show is filmed in Sri Lanka and for the first season a crew from Cape Town worked on the production. The series follows a group of hard-working doctors in an under-funded hospital in tropical South India. Junior doctor Ruby hopes to distract herself from heartbreak and find a job in India. The show has been renewed for a third season which will start filming later this year.

Related: Shame – The Successful Voice of Youth in Norway

What makes the show so universally appealing is probably that it has a unique backdrop of India. While the show has some similarities with other shows such as Grey’s Anatomy, the difference is that it is nuanced with the social economical structure in India and everything else that comes with that society.

Related: The Oslo Accords Made Into a Thrilling Broadway Production

The Fairytale Waterway in Norway