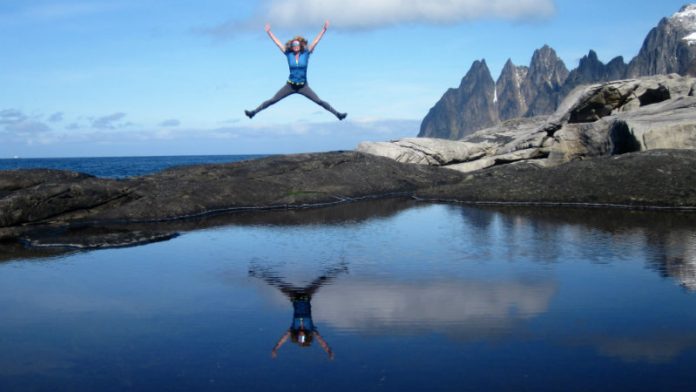 According to a new report, Norwegian national tourist road initiative contributes to increased local value in Senja and Gaularfjellet in Northern Norway.

Related: The Adventure Road in Norway

Norwegian National Tourist Road Initiative Contributes to increased Local Value
The aim of the Norwegian Public Roads Administration’s tourist road initiative is to make Norway an even more attractive destination as a contribution to strengthening the business sector and the settlement in the districts.

The report
The recent report “Effect Measurement of National Tourist Roads – Local Economic Effects of the National Tourist Roads Senja and Gaularfjellet” also supports the findings from Menon’s tourist road survey from 2017, when they found clear positive effects of the tourist route initiatives in Varanger and Rondane. Growth comes after the completion of important attractions along the tourist routes, the report concludes.

Senja
Menon concludes that tourism companies along the tourist route on Senja have more than quadrupled their value creation from 2010 to 2017. This is far higher than comparable companies in the districts of Troms, Northern Norway and nationally, which have all grown by just over 50 per cent in the same period. The report also finds that the tourist road has increased the value of local trade companies. This is a clear indicator that the national tourist route has had a positive impact on the companies along the road.

Gaularfjell
The national tourist route Gaularfjellet has also increased value creation for the tourism companies, which has had a value-added growth of 60 per cent from 2010 to 2017. The growth has been stronger than similar tourism in Sogn and Fjordane, Western Norway.  Given the general growth in adventure tourism and more established attractions elsewhere in the county, this is a clear indication that the tourist routes have had a positive effect on the tourism-related business sector.

Related: Along Norwegian Fjords by Car

Interviews support the conclusion
Menon’s quantitative analysis is supplemented by 38 qualitative interviews of businesses along the two sections, carried out by the Norwegian Public Roads Administration. The feedback from the interviews supports Menon’s conclusion that the national tourist roads have had a positive impact on the tourism industry both on Senja and Gaularfjellet.

Norwegian National Tourist Routes consist of 18 roads through beautiful Norwegian nature where the experience is enhanced by innovative architecture and thought-provoking art at adapted viewpoints and picnic areas. The tourist roads go through areas with unique natural qualities, along coasts, fjords, mountains and waterfalls.

Feature image (on top): From Senja

Norwegian National Tourist Road Initiative Contribute to increased Local Value, is based on a press release.

Oslo Opera Pub On The Move

The Most Complete Ski Destination in Norway