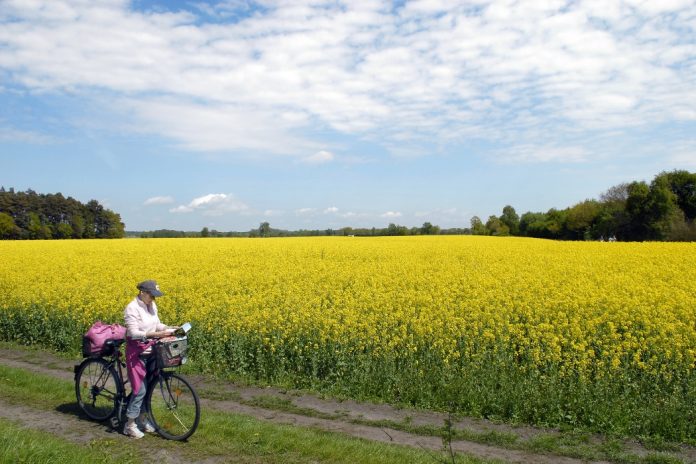 If roads could speak the Danish Hærvejen (Oxen Trail) would recount tales like few others. Throughout history this route, which starts just the other side of the German border and runs down the spine of Jutland, has borne the weight of Danish hopes – as well as livestock.

A source of great pride for modern day Denmark, many of its secrets still lie by the roadside, yet to be discovered. It is probable that the route has been trodden for millennia and an air of historical significance hangs over every part of it.

On Foot or by Bike on the Oxen Trail in Denmark
For much of the way it seems little more than a dirt track, while other sections are more like modern roads. Famous for its magnificent stone bridges, the Hærvejen is ideal for hiking or biking vacations. The route is open all year, but the weather is best from May to September. The route takes about five days by hiking or two days by bike.

Whichever mode of transport you choose, you will want to stop and marvel at sights both ancient and modern. Runic stones, burial mounds and monoliths line the route and offer cryptic clues to the region’s antediluvian past.

Related: On Two Wheels in Scandinavia

Highligts
The historic town of Vejen – the only major settlement on the route is worth a stop. Røde Kro (the Red Inn) is a resource center for the region, and the Hairull Stone is a splendid inscribed standing stone.

The stone bridge at Immervand is symmetrical and symbolic.

More recent history is displayed in the German World War I bunkers and the Froslev Concentration Camp, where Danish communists were imprisoned during World War II.

The tranquil Jutish countryside
The road’s elevation of some 92 m (3oo feet) in places, gives you excellent wide views of the countryside and the ridge forms the source of Denmark’s two longest rivers, the Skjernå and the Gudenå. It’s important to know that only a small part of the road is paved, and much of the rest of it makes for a pretty bumpy bicycle ride. So, make sure you have good suspension, or better still, make the journey in the manner of the ancients and walk.

All in all, this is a journey which can be relished as a trek through the tranquil Jutish countryside, or studied deeply like an ancient text. The choice is yours.

On Foot or by Bike on the Oxen Trail in Denmark, written by Tor Kjolberg

The Danish Glass and Ceramics Biennial

A Swedish Village of Magical Contrasts