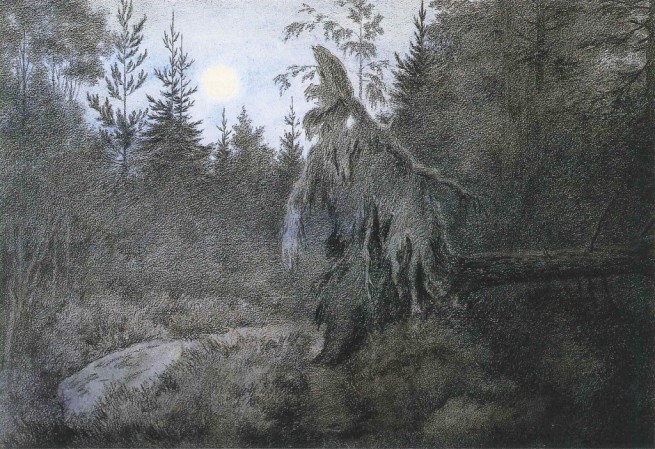 “Does humor belong in Art?” asks Sverre Følstad, an expert on the Norwegian artist Theodor Kittelsen (1857-1914). Of course, it does! Danish Robert Storm Petersen (1882-1942), better known as Storm P., has proved this by transforming his parody of ordinary life into fine art. Now you may experience the works of Theodor Kittelsen at the Storm P museum in Copenhagen. The exhibition opened yesterday, 21 January.

Who was Theodor Kittelsen?
Few artists have been more understood and loved by Norwegians than Theodor Severin Kittelsen, best known for his drawings of trolls, illustrating the collection of Norwegian fairy tales by Asbjornsen and Moe. As a young boy he was “discovered” and was given free lessons by the architect Wilhelm von Hanno at the School of Art in Christiania (today Oslo).

After two years with von Hanmo, Kittelsen was granted sufficient financial support to continue his studies in Munich.

His first encounter with sea ghosts and the water sprite was when he joined forces with his sister and brother-in-law, who made their way north to tend a lighthouse on the wind-swept little island of Skomvær in Lofoten. 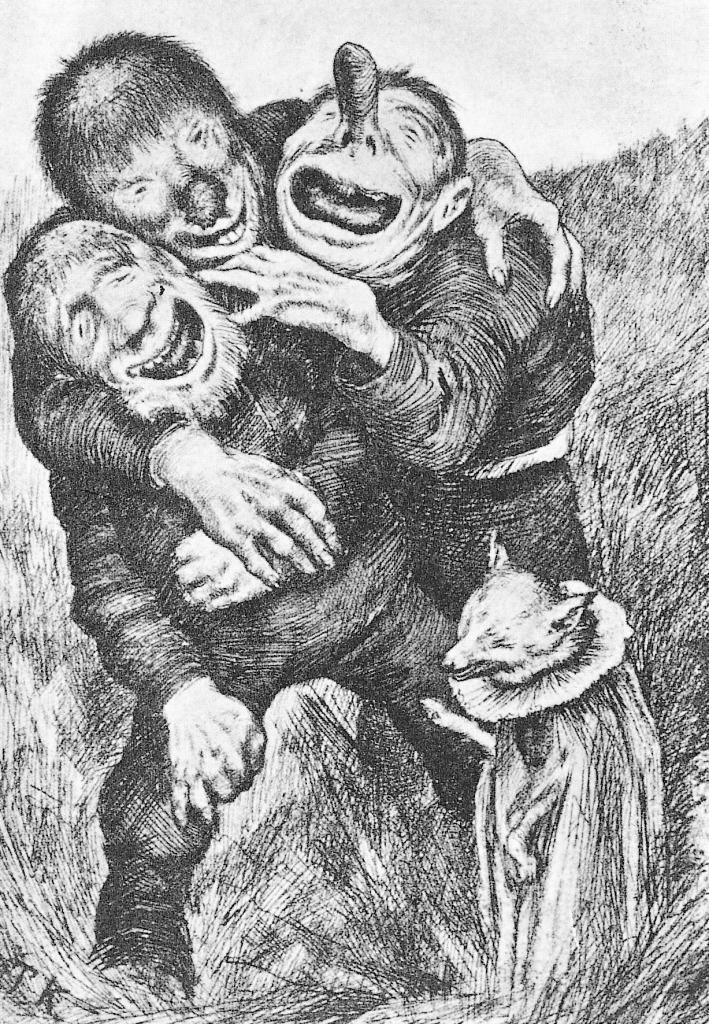 He wanted to make a book named “Troll Magic” together with the novelist Jonas Lie, who was to write the text. However, nothing came of this, and Kittelsen became responsible for both drawings and text.

In 1910 Kittelsen was a sick and broken man. The civil grant for his artistic achievement, voted him by the Norwegian Parliament in 1911, was a great source of encouragement.

In 1912 he purchased a property at Jeløya near Moss, with Edvard Munch at Grimsrød as his nearest neighbor, where he died January 21, 1914.

Some trolls may appear as fairly harmless, merely mischievous, or very tiny creatures. Others are huge, absolutely gigantic, frightening or downright terrifying.

According to some Norwegian fairy tales, trolls only come out at night. If exposed to the sun, they could turn into stone – like when they’re cursed. Theodor Kittelsen shows us what might happen when a mountain troll sees the sun.

The exhibition at the Storm P Museum  in Copenhagen, “Life and Death, People and Trolls”, consists both of original drawings to the fairy tales and his own series “Have animals got soul?” and “The Black Death”, drawings, wooden work and works in different techniques.

Kittelsen completed the illustrative work “The Black Death in 1896, and this his highest peak of achievement as a black-and-white artist.

The basis for the exhibition is borrowed from Blaafarveværket, with additional loans from other art galleries and private collectors.

Maybe you don’t believe that trolls exist. But if you happen to be traveling on Norwegian roads, watch out. You just might see a “Troll Crossing” sign! 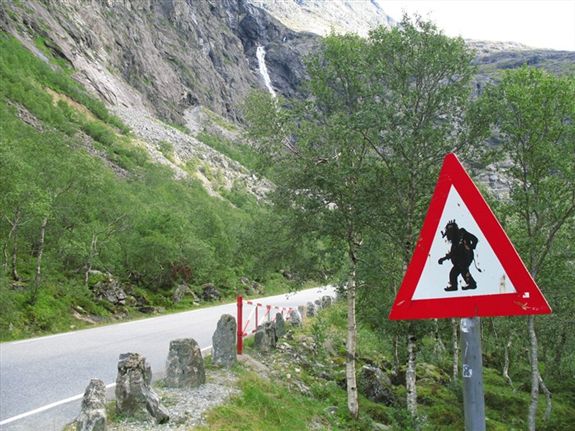 The exhibition runs through 17 April.

People and Trolls in Copenhagen, written by Tor Kjolberg

The New National Museum in Oslo

Church of Culture in Oslo

Stories Of Funny Damage Claims From a Norwegian Insurance Company

What Is Sweden Famous For? Nine Things That Make Sweden the...