A global study has unveiled the top 100 smartest cities in the world and lists Copenhagen as the “smartest city” of them all with Stockholm on the third place and Oslo, number 34. However, smaller cities in Scandinavia are also on the list: Gothenburg, Sweden (15), Västerås, Sweden (27), Trondheim, Norway (38), Helsingborg, Sweden (39), Stavanger, Norway (43), Aarhus, Denmark (45) and Bergen, Norway (49):

EasyPark compared 500 cities around the world with high and medium levels of developments using data from local statistics, the United Nations, the Global Innovation Index and other sources relevant to each category.

Read also: Sweden- the Best Startup Country in the World

EasyPark states that their ambition is to build more livable cities for the future. They undertook this study not only to highlight those metropolises which are on the forefront of smart urban through, but also to learn from those cities which are showing impressive acceleration towards making life smoother for their citizens through digitalization.

Urban planning is a strong area for Scandinavian cities, documented by 10 cities on the “Top 50 list”, and Copenhagen is leading the way when it comes to innovation and forward-thinking urban development. The Danish capital is followed by Singapore and Stockholm. 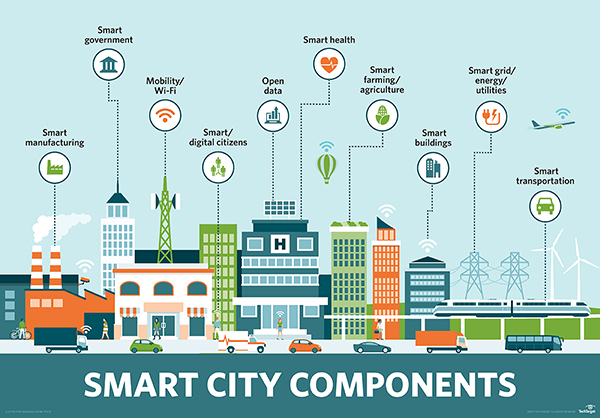 A smart city is according to EasyApp sustainable, with a focus on clean energy and environmental projection. In addition, there is excellent online access to governmental services and a high level of citizen participation.

Scandinavians love their smartphones, but not as much as the United Arab Emirates. To round off the study, EasyPark asked over 20,000 technology and urban planning journalists for their expert opinion on how the cities where they’ve lived are moving with the curve of digitalization.

EasyPark say the study offers the perfect opportunity to clearly understand which cities are making impressive strides towards a smoother, digitalized life for their citizens.

“Big Data has changed the face of the world as we know it, because it allows us to create better solutions to real world problems. Without better solutions, global urbanization would lead to problems such as traffic congestion, housing shortages and pollution—by using Big Data, we can help tackle these important global issues. In our case, we target mobility and help reduce the footprint of driving traffic while creating a much more welcoming experience for drivers.” commented Mauritz Börjeson, CBDO of EasyPark Group.

The company’s study has unearthed some interesting findings for future exploration. One example being the discovery that Romania has faster internet than most of North America, and South Korea having the highest smartphone usage in the world.

The full list of results can be viewed, here.

All Scandinavian Capitals on the “50 Smartest Cities in the World” List, written by Tor Kjolberg

A Swedish Village of Magical Contrasts