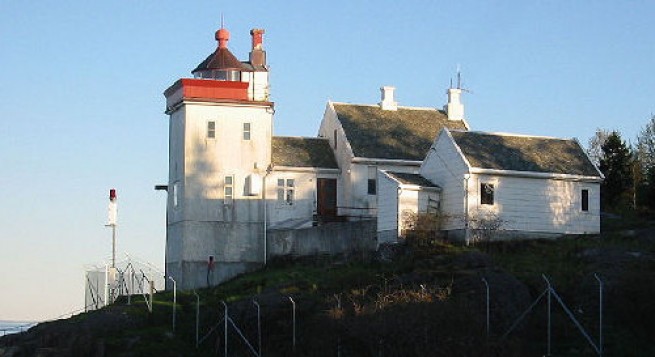 Last summer a convicted sex offender managed to escape from an island prison in Norway on a surf board, paddling to the mainland with the help of a plastic shovel.

The prisoner, said to be in his mid-20s, went missing overnight. The next morning a surf board and shovel that were property of the prison were found on the mainland around three kilometres away. The man is not considered a danger to the general public.
Prison chief Tom Eberhardt said: “If it hadn’t been a surfboard, it could have been something else. “It’s not so hard to find a floating device of some sort on the island.”

Escape attempts are rare at Bastoy, which was founded in 1982 and hosts approximately 115 inmates, partly because of its unparalleled amenities and partly because those who are subsequently caught have little chance of returning. Escapees are usually placed in one of Norway’s high-security facilities.

Norwegian prisons are known for being among the world’s nicest places to be locked up. One of them, Bastoy, is situated on a plus one-square-mile island and features no walls or fences or cells. instead it’s treating inmates to tennis courts, beaches and a sauna. It’s all part of the Scandinavian country’s emphasis on humane rehabilitation rather than harsh punishment.

When inmates come to his island jail, the governor Arne Kvernvik Nilsen, gives them a little talk.

Among the wisdom he imparts is this: “If you should escape and make it across the water to the free shore, find a phone and call so I know you’re OK so we don’t have to send the coast guard looking for you.”
Prisoners need to pass a screening test before being selected for the Bastoyprison, where tasks include organic farming and cooking.
Set on the picturesque island, the prison is designed to prepare inmates for an eventual return to normal life.

8 Reasons Why You Should Date a Scandinavian

We Wish All Our Readers A Happy New Year!

Stories Of Funny Damage Claims From a Norwegian Insurance Company