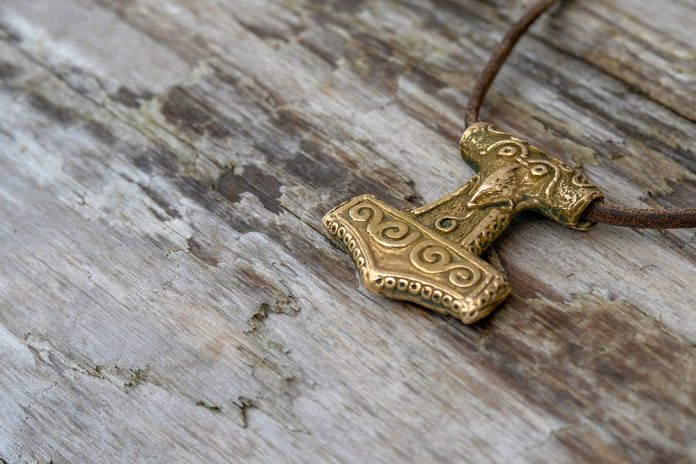 The authentic Hávamál was the more than 1000 years old famous guide on how to manage everyday life.  A new and readable translation into English is now available from Danish publishing company Gudrun.

Hávamál is one of the more famous and certainly one of the most popular of the so-called Eddaic poems. The part of Hávamál which is published in the tiny, charming book from publishing company Gudrun is unique in its being neither heroic nor mythological, but rather a poem of didactic nature.

The Edda signify for the northern culture what the Vedas mean to India and the Homeric poems are for the Greek. Their variety and wealth are such, that they have been a source of inspiration and delight for generations, and still are.

Related: Valley of Vikings in Norway

Is it a collection of ancient sayings, which were hovering in the cultural atmosphere of the ancestors of the Vikings, and finally written down by a scribe in one of these countries? Is it a mixture of Latin proverbs and the old heathen wisdom bound together in the metre of Edda?

The question of age of the Hávamál is of course related to the question of where and how. There is almost a consensus that it was composed in the period around AD700-900, though it could have been written down for the first time later.

One thing is certain, however. The spirit of the poem, at least, has been greatly influenced by the attitude and culture of the Viking era culminating in the period AD800-1000.

Related: England Under Attack From Vikings

The aim of this little softcover book is to make the Hávamál accessible to the English reading public. Many people have helped the translator Björn Jónasson. An in the book’s foreword he thanks Mr. Christopher Sanders of the Amamagnæan Institute in Copenhagen and Mr. Martin Regal of the University of Iceland, for their invaluable criticism, and especially Mr. Bernard Scudder for his criticism, ideas and inspiration. “Where this translation has succeeded, it is because of the aid of these generous people, and where it has failed, is in through faults if mine,” writes Jónasson.

The Sayings of the Vikings, from the book’s foreword

Oslo Opera Pub On The Move

The Most Complete Ski Destination in Norway