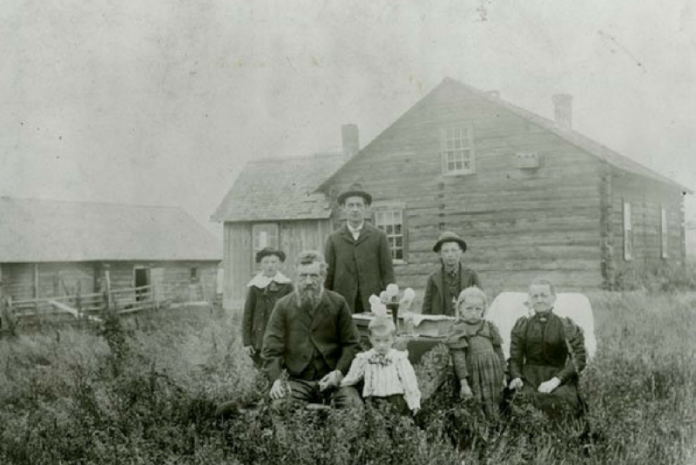 During the 19th and early 20th century, Sweden’s population exploded, and many families could no longer eke out a living on the land. So began the years of migration to North America. Read more about the Swedish emigrants.

About 1.3 million Swedes left Sweden for the United States of America. The land of the U.S. frontier was a magnet for the rural poor all over Europe, but some factors encouraged Swedish emigration in particular since the Lutheran State Church practiced social conservation and class snobbery. Population growth and crop failures were other reasons.

Mass exodus
The trans-Atlantic mass exodus is one of the major events in Swedish history during the last two centuries, and the immense network of contacts that was established across the Atlantic has proven very important for the way in which Swedish society then and now has been oriented towards the United States.

Utvandrernes Hus (House of the Emigrants) in Växjö, 70 km (43 miles) west of Kalmar in Sweden, tells the story of the exodus.

Swedish migration to the United States peaked in the decades after the American Civil War (1861–65). Most immigrants became pioneers, clearing and cultivating the prairie, but some forces pushed the new immigrants towards the cities, particularly Chicago.

End of the Swedish emigrants
This caused a national alarm in Sweden and a broad-based parliamentary emigration commission was instituted in 1907, recommending social and economic reform in order to reduce emigration by “bringing the best sides of America to Sweden”. From the mid-1920s, there was no longer a Swedish mass emigration.

This site uses Akismet to reduce spam. Learn how your comment data is processed.