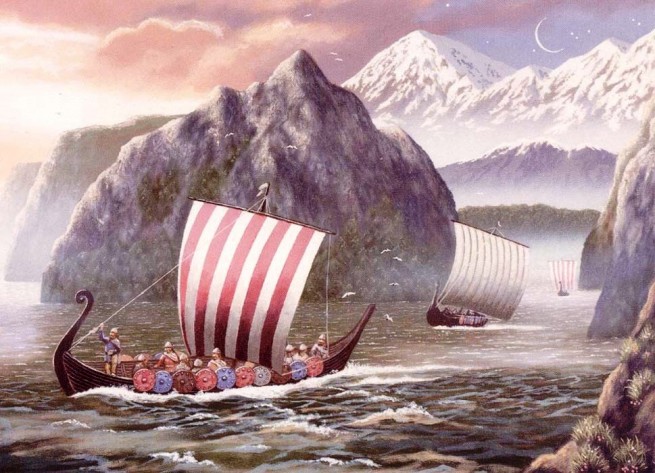 What happened to the Greenland Norse? Why did the Vikings on Greenland disappear? The answer will probably never be revealed.

The mystery has been given many names, from Greenland’s Pompeii to the Farm under the Sand. In the mid-fourteenth century there was the site of a Viking colony founded on the southwestern coast in a fjord-indented ribbon between the glaciers and the sea. Archaeologists Jette Arneborg of the Danish National Museum, Joel Berglund of the Greenland National Museum, and Claus Andreasen of Greenland University could not have guessed what would be revealed when they excavated the ruins of the five-room, stone-and-turf house in the early 1990s.

The first Vikings came to Greenland more than 1,000 years ago. After almost 500 years they disappeared leaving no trace.

Did they starve to death or did all die of an epidemic? Were they killed and exterminated by the inuits? Did they return to their home countries because of the Little Ice Age? Did they seek their luck further west towards America? Or were they overpowered by pirates?

As the team of archaeologists dug through the permafrost and removed the windblown glacial sand that filled the rooms, they found fragments of looms and cloth.  They found household belongings, including an iron knife, whetstones, soapstone vessels, a double-edged comb and iron and caribou antler arrows, weapons needed for survival in this harsh country, medieval Europe’s farthest frontier.

The descendants of the Vikings had persevered in their North Atlantic outpost from the end of the 10th century until the mid-15th century. The Medieval Warm Period had made it possible for settlers from Norway, Iceland and Denmark to live on hundreds of scattered farms along the protected fjords, where they built dozens of churches and even had bishops.

According to the saga tradition, it was the Norwegian Viking Eirik Raude who discovered Greenland in 982, when he as an outlaw escaped from Iceland. On 986-86 and the following years, hundreds of Vikings colonized the large island west in the Atlantic. The last written source from the Norse society is from September 14, 1408 when Thorstein Olafsson and Sigrid Björnsdottir were married in a church on Hvalsey Fjord in Greenland. The marriage of the Icelander and the girl from Greenland was one of the last raucous festivals in the far northern Viking colony. It all ended soon afterwards.

The disappearance of the Vikings on Greenland has intrigued students of history for centuries.  One old source claims that Skraelings (inuits) who had crossed over from Ellesmere Island in the far north around A.D. 1000, migrated down the west coast and overran the settlement.

Ivar Bardarson, steward of the Church’s property in Greenland, and a member of a sister settlement 300 miles to the southeast, was said to have gathered a force and sailed northwest to drive the interlopers out, but “when they came hither, behold they found no man, neither Christian nor heathen, naught but some wild cattle and sheep, and they killed as many of the wild cattle and sheep as they could carry and with them returned to their houses.” The death of the Western Settlement portended the demise of the larger eastern one a century later.

Their disappearance remains a mystery to this day. Until now, many experts had assumed that the cooling of the climate and the resulting crop failures and famines had ushered in the end of the Scandinavian colony. But now the Danish-Canadian team of scientists believes that it can refute this theory of decline.

Recent research is little by little removing the enigmatic veil. Most scientists now agree that climate change, along with other factors, forced the Vikings away from Greenland. A recent study from the National Geological Survey of Denmark and Greenland (GEUS), in collaboration with Aarhus University, supports this theory.

The scientists conducted isotope analyses on hundreds of human and animal bones found on the island. Their study, published in the Journal of the North Atlantic, paints the most detailed picture to date of the Nordic settlers’ dietary habits.

The study shows that the climate changed around 1200. The winters were colder, there was more sea ice, especially during summer time, and the coast was hit by strong winds. All this made it difficult to sail in and out of the fjords by ship. This caused dramatic consequences for the Norse settlers, since they practiced hunting, fishing and extensive trade.

Thomas McGovern of New York’s Hunter College, also supports this theory. He participated in the excavations in Greenland and has proposed that the Norsemen lost the ability to adapt to changing conditions. In their reluctance to see themselves as anything but Europeans, the Greenlanders failed to adopt the kind of apparel that the Inuit employed as protection against the cold and damp or to borrow any of the Eskimo hunting gear.

As the research shows, hunger could hardly have driven the ancestors of the Vikings out of their settlements on the edge of the glaciers. The bone analyses prove that, when the warm period came to an end, the Greenlandic farmers and ranchers switched to a seafood-based diet with surprising rapidity. From then on, the settlers focused their efforts on hunting the seals that appeared in large numbers off the coasts of Greenland during their annual migrations.

In 1261 Greenland became formally linked to the Hereditary Kingdom of Norway and had through the Norwegian king a trade agreement. The social and cultural contact was strong. Christianity was introduced also in Greenland and the first churches were built. The first was probably erected at Brattalid, reportedly at the request of Eirik Raude’s wife, Tjodhilde, early in the 1000s. In 1124 the diocese Gardar was established and later ruled from Nidaros.

Although the presence of the Church had originally uplifted the Greenlanders, it now became their burden. By the middle of the fourteenth century, it owned two-thirds of the island’s finest pastures, and tithes remained as onerous as ever, some of the proceeds going to the support of the Crusades half way around the world and even to fight heretics in Italy. Church authorities, however, found it increasingly difficult to get bishops to come to the distant island. Several clerics took the title, but never actually went there, preferring to bestow their blessings from afar. 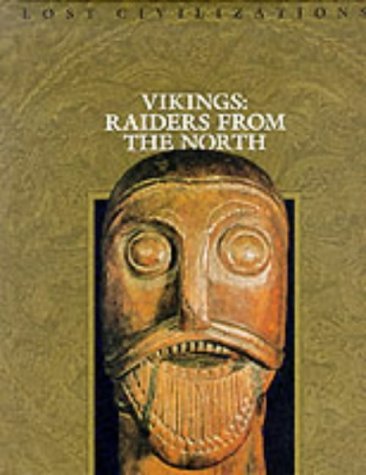 The biggest question in the Viking mystery is still unanswered: Where did the people in the region go? How can an entire settlement disappear without a trace?

“It is most likely that they traveled back to their countries of origin, such as Iceland and Norway, but it’s a bit odd that there is not a single story about people who have returned from Greenland. Just as when they came in 985, the Norsemen obviously have emigrated as a large group. The whole group could thus have disappeared in the storm or been caught in the ice, but this is just speculation, “says Antoon Kujpers, senior marine geologist at GEUS.

The Viking Mystery on Greenland, written by Tor Kjolberg, inspired by the Time-Life book Lost Civilizations, edited by Dale Mackenzie Brown, who lives in Alexandria, Virginia