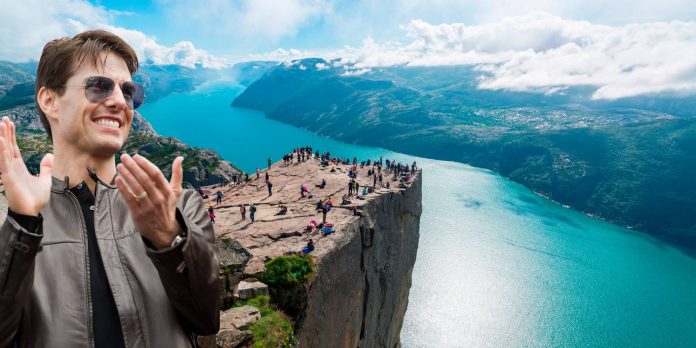 One of Norway’s most famous tourist attractions, The Pulpit Rock, is being temporarily closed off for visitors. Why? Tom Cruise is expected to climb the 600 meters (nearly 2,000 feet) Prekestolen above the Lysefjord.

According to Stavanger Aftenblad, technical equipment is now being helicoptered into southern Norway to shoot parts of “Mission Impossible 6”. Cameras will be rolling this week at this spectacular viewpoint over Norway’s mountainous landscape.

Tom Cruise broke his ankle while performing  a stunt for the film during a London shoot, and his visit to Norway has therefore been delayed until now.

Containers with filming gear have been seen arriving at the Stavanger airport and forwarded by helicopter to the Pulpit Rock.

Several scenes for Mission Impossible 6 have also been shot in New Zealand.

The film is scheduled to open in July 2018

The “Black Sheep” of Norway

Health and Medicine in the Viking Scandinavia